Drake may have hinted that Jay-Z will be on his new album, and fans are going berserk.

The rollout for Drake’s impending album Certified Lover Boy has been slow and sweet. The highly anticipated sixth coming of the Canadian rap juggernaut in full-length form is long overdue after Drizzy started teasing the project more than a year ago. Considering all the global affairs that have thwarted various efforts to be great in that time, many artists got a pass for delaying their works. Now Drake is powering on full speed ahead, dropping hints about the project that will reportedly arrive this week.

In the CLB rollout, Drake and his team have taken clues to the streets with a series of billboards all across the US and Canada. The short messages have been hinting at the guest appearances to be expected on the album, including that of Lil Baby, Young Thug, Lil Durk, 21 Savage, Gideon, and more. Various cities have seen these hints pop up, according to the featured artist, who is a native. That being said, it was the billboard in New York that really got fans buzzing about Drake’s upcoming album. Instead of explicitly stating which New York rapper will be a guest star, the message reads, “Hey New York the GOAT is on CLB.”

Different fan bases understandably have varying viewpoints on who exactly is the “Greatest Of All Time,” which has been enough to spark a riveting conversation on social media. Many, of course, think Jay-Z is the surprise guest, but Barbz fans reminded that Mrs. Petty is also a New Yorker while Nas fans also made sure the iconic rapper’s name is in the mix too. It’s no secret that Drake and Nicki Minaj were in the studio together a few months ago, which leaves her fans with evidence to support their speculation. However, many are still questioning if Hov is the “GOAT” in question, considering not only his strong New York roots but also his status as a veteran rap mogul who is indeed widely considered the “Greatest Of All Time.” 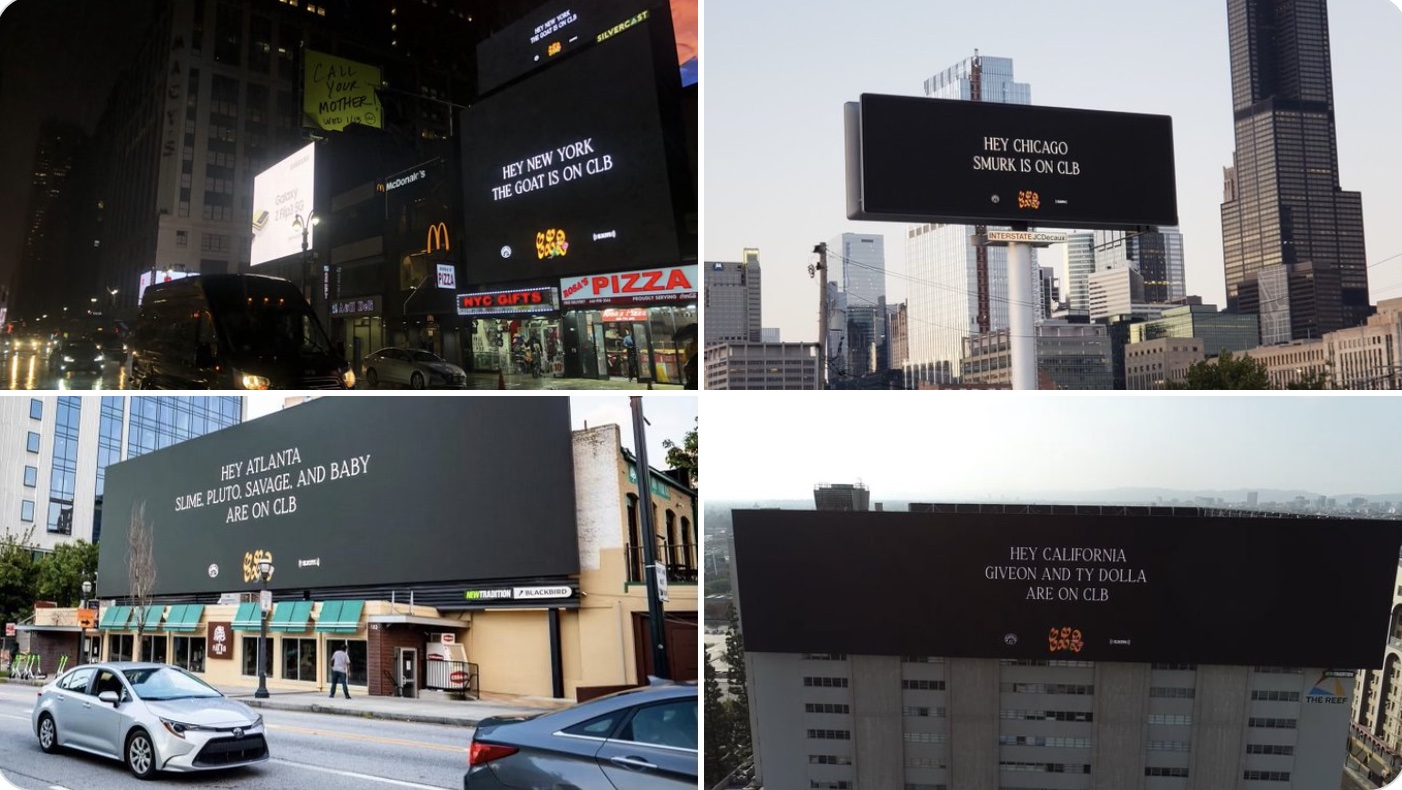 In anticipation of Certified Lover Boy, Drake’s mom has also seemed to be dropping hints. The Toronto rapper shared a few poems written by Sandi Graham, alluding to the project that includes her reiterating a voice message she sent to her son quoting Michelle Obama. The same one that Drake ended up using at the end of his track “Can’t Have Everything” from his 2017 Spotify Playlist More Life. “We go high when they go low,” Sandi writes on the notecard. “Certified – it’s been quite a ride, I admire your relentless drive.”

With all the hot features already disclosed for CLB, fans are eager to get a taste of what the long-awaited album has to offer. Some are even trolling Kanye West, who is rumored to be beefing with Drake at the moment since he might not be the only one to premiere a brand new Hov collaboration this week. Who do you think is the “GOAT” of New York?

If drake went to college he would have aced his marketing class GENIUS
PS: GIVEON IS ON THE ALBUM !! https://t.co/fREKyijdpb

drake really only got men on that album…..certified boy lover ?

Drake telling Nicki nobody does this shit better than her sounds like the GOAT to me?? pic.twitter.com/6eGMrApdNB

Drake knew wtf he was doing when he said “the GOAT” for New York instead of using names like the other announcements . Cause it could either be Nicki or Jay Z

It said the goat for nyc I hope they talking abt Nicki ? drake & jayz not gon sound right together