Vybz Kartel is in good spirits and hopeful in his first exclusive TV interview in a decade.

Since his incarceration, dancehall mogul Vybz Kartel has not been heard from outside of his music. In his first interview in ten years, the deejay is opening up to Fox 5 NY’s Lisa Evers about life in prison, his health, and his legal woes.

Vybz Kartel was convicted for the murder of Clive “Lizard” Williams in March of 2014, but to this day, he has maintained his innocence. In a rare and exclusive interview with major American media house Fox 5 New York, the dancehall juggernaut spoke confidently about his expectations to be freed from incarceration. “God save the Queen because she is the only one that can save me now,” Kartel said in the first installment of the two-part interview.

When asked to describe the conditions he was living in inside the big house, Vybz Kartel said his cell was dark, hot and likened it to a dungeon. The dancehall star, however, says he is in a good place mentally even though he has had challenges with his health. “I was sick for a few years so definitely I’m recovering physically but mentally I’ve always been in a good place because I know I’m innocent and I know I’m coming out,” he said.

The incarcerated deejay also touched on the alleged conspiracy behind his detention. Kartel still believes that the real motive for his confinement was not to punish him for a crime but to lock him away because of his incredible influence. “To be totally honest, the system really wanted me thrown away, it was never about me being charged for a murder, it was about getting rid of Vybz Kartel, not Adidjah Palmer the person.” 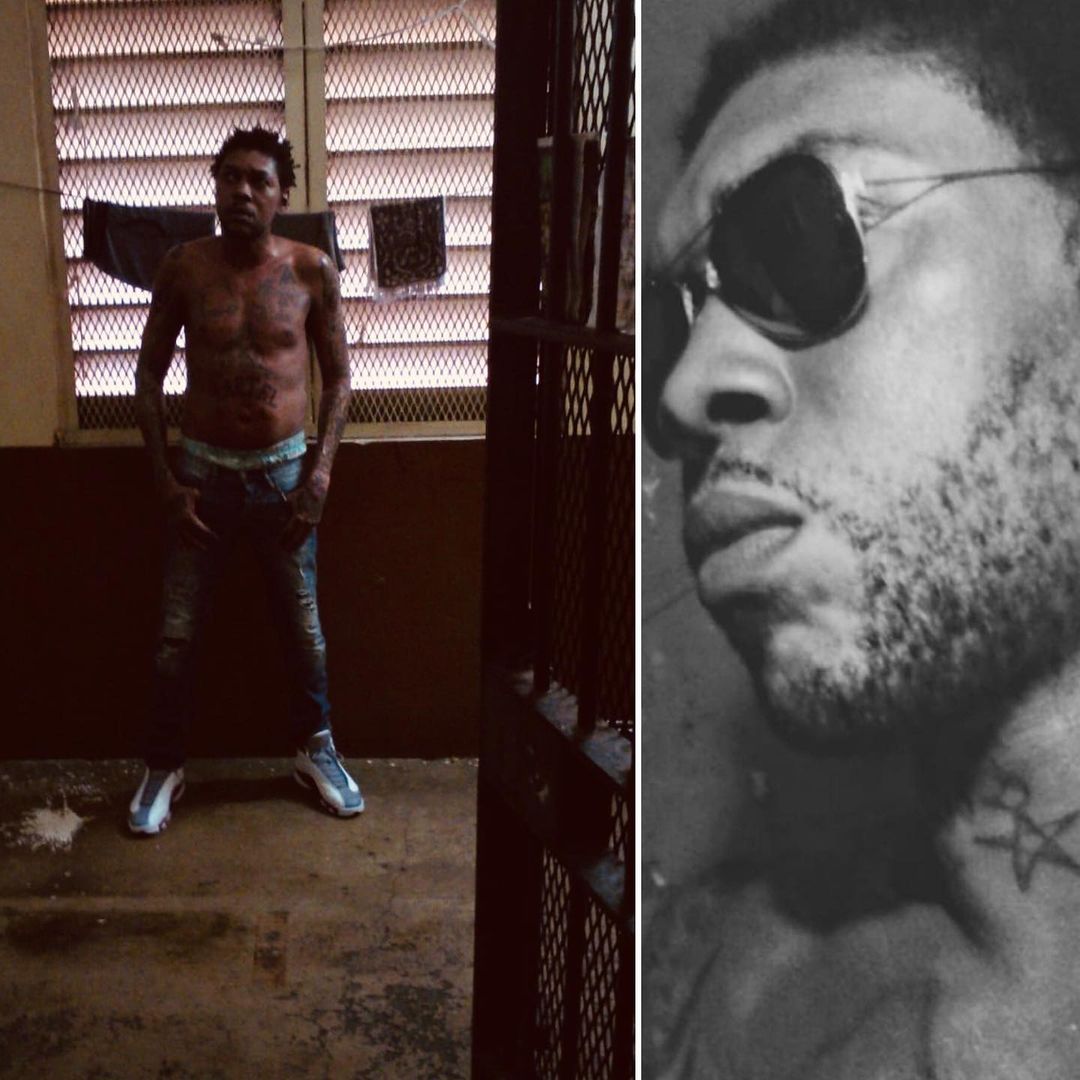 The Worl’ Boss recalled a meeting he had years ago at King’s House in Jamaica with the government and his former nemesis Mavado where they were told that there would be consequences to continuing to put out certain types of music, especially back then during the Gully vs. Gaza feud. “They were telling us that we were leading the kids astray,” Vybz Kartel recalled. “And that if we don’t stop what we’re doing we’re not going to get any permission to do shows and stuff like that. So it has always been about the influence that Vybz Kartel has.”

As he continues to maintain his innocence, Vybz Kartel now looks to the Privy Council, the highest court in the United Kingdom, to approve his final appeal. His legal counsel plans to argue that he was convicted based on falsified phone evidence. According to Evers, his attorney Isaac Buchannan filed a new evidence appeal based on findings by a British digital expert who determined that the entertainer’s phone was tampered with prior to his trial.

For now, Vybz Kartel is surviving by continuously focusing on his mental health. The deejay says his routine as an inmate is mostly reading a lot, writing a lot, listening to music, and watching TV, as well as engaging in stimulating conversation with some people he has met on the inside who have become great friends. The dancehall mogul says he has written thousands of songs in the last ten years and has sent out three or four songbooks per month through his visitors. “I know all of them are not gonna be able to get released maybe in the span of my career but you know, I just keep writing and writing, it makes me better.”

The second part of his interview with Fox 5 NY is scheduled to air tomorrow (August 19), and the deejay is said to get quite candid, displaying “a side of him that we have never seen before.” Stay tuned to Urban Islandz for more on this story.